Preventing Tobacco Beetles in Your Humidor

Tobacco beetles, also known as cigar or cigarette beetles, are a tiny but huge enemy for cigar collectors. The first sign of trouble may be tiny pin holes in the outer leaf of a prized cigar, but by the time the beetle has bored through to the outside, he has lived its entire life cycle. Along the way, he and his army have done hidden damage throughout your humidor, and probably prepared the next generation to do even more damage.

Our cigar storage experts want you to know how these infestations start, how to control them, and how to prevent future outbreaks in your humidor.

The Short, Destructive Life of a Tobacco Beetle

These beetles (Latin name Lasioderma serricorne) in their adult stage are less than one-tenth of an inch long. A reddish brown color, they appear hairy and hunch-backed, with a large head tucked down into the abdomen. One little beetle can’t do a lot of damage, but these little guys travel in the hundreds and reproduce large numbers of tiny but destructive offspring.

Female beetles, once inside the humidor, invade the cigar through open ends or yes, right through cellophane wrappers. They lay eggs inside the finest cigars – they are very good at knowing which are the best in your collection – and then burrow out to the outer layers, creating tiny pinholes as they emerge. The eggs are not visible without a magnifying glass, but the most destructive stage begins when the eggs hatch. The voracious larvae eat all the tobacco they can find before entering a comfy cocoon for two weeks or so, the only time the creature is not destructive. Adults emerge and the burrowing begins again. The entire life cycle is a mere ten weeks.

You may not know your humidor has been invaded, but a damaged cigar will have a sticky draw and a musty taste. The beetles often leave a reddish dust on the insides of the humidor, but the real telltale sign is pin holes in the outer leaves.

How to Rid Your Cigar Humidor of Tobacco Beetles

There is some disagreement among experts about how to kick the pests out without damaging the humidor. Saving the cigars that have not been infested is tricky, too. Most experts agree that the freezer is the safest place to restore the undamaged cigars. The cold temperatures will kill all stages of the beetles’ life cycle, if you follow specific instructions. Some say it takes six days to be sure; others contend that three days in the freezer is time enough and won’t hurt the cigars.

Inspect the cigars for damage, including misshapen or “beat-up” looking cigars, those with holes in the outer wrappers, or ones that have live beetles visible in the folds or ends. Destroy those, removing them completely from the house. Do not discard them anywhere near the kitchen. Tobacco beetles have been known to camp out in flour and spice containers, and in paprika they are not even visible!

Once the damaged stock is out, take the rest of the cigars and put them in groups of 3 or 4 into plastic freezer bags. Put them into the freezer at the coldest setting. After two days, it’s safe to increase the freezer temperature one setting, but keep the cigars there for another two days to be sure all eggs are destroyed. Don’t thaw them at room temperature, but place them in the refrigerator for 24 hours before putting them back in the humidor.

Meanwhile, the humidor will have to be treated. Thoroughly dust the inside with a dusting cloth, then wipe all the interior surfaces with a weak solution of ammonia and water. Do not use a pesticide; it will taint the cigars. Ammonia doesn’t seem to affect the cigars, and will kill any beetles that may have escaped notice. Inspect it closely with a flashlight before replacing your prized cigars back into the humidor.

Preventing Outbreaks in Your Humidor

Tobacco beetles hate the cold. They cannot survive at temperatures below 70 degrees F. The reason the bugs hatched in your humidor is simple: It got too warm and cozy in there. Tobacco beetle eggs will not hatch at lower temperatures.

Preventing beetle outbreaks is fairly easy if you live in colder climes. Store the humidor in a cool place and keep an eye on the temperature inside the unit. In warmer environments, it’s best to invest in a temperature-controlled cabinet, like our Climatech system. See how to design your own humidor here.

If both humidity and temperature are controlled consistently, the cigars will be safe from these little red monsters and the damage they inflict. You’ll have worry-free cigar storage, and these pests won’t bug you anymore.

The yacht had previous challenges with its original humidification system and cabinetry when they reached out to Vigilant for help. Having worked on a humidor for another yacht previously,” The King Baby,” we knew the mechanics involved behind the scenes to make it work properly. There are a lot of things to consider when creating a humidor for a ship because of the constant motion it endures while at sea.

5 Wine and Cigar Pairings to Delight Your Palate

When most people think about pairing alcohol and cigars, they think of spirits like brandy, rum, and whiskey. But there are various varieties of wine that make excellent accompaniments to cigars. 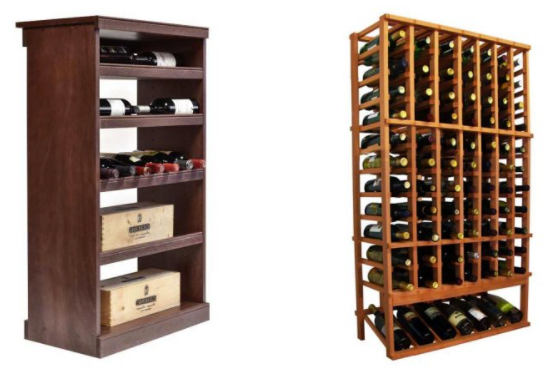