What’s Up With Cigar Store Indians?

Note: Vigilant acknowledges that these figures, while historical in nature, are often seen as offensive or as perpetuating a hurtful stereotype.

The Native Americans introduced early 17th century European settlers to tobacco, teaching them how to plant and harvest it properly. It’s said that Sir Walter Raleigh introduced Europe to the tobacco plant after his voyage to the Americas, and it soon become a valuable commodity. Tobacconists were turning a great profit and cigar shops began opening through the country. But there was one issue; a great deal of the population was illiterate. Waves of immigrants were entering the country and wouldn’t be able to read the shop signs. The cigar store Indian solved this problem.

Tobacconists began using the cigar store Indian as an advertising tool to represent their business. The idea was similar to red and white barber poles outside barber shops or the show globes that represented apothecaries. Native Americans were the natural choice, as many people associated them with the introduction of tobacco. The figures were often three-dimensional, life-size and stood on the sidewalk to draw customers.

Many of the artists who carved the Indians were originally ship and masthead carvers. When the demand for boats declined, they had to find another source of work. Some of the Indians were made of cast iron, but most were wooden and painted in the carver’s home or workshop.

The female statues were often carved with a papoose and had a headdress of tobacco leaves.

The male figures were often ceremonial-looking and carried a tomahawk or weapon. All were brightly painted and incredibly intricate.

This visual advertisement proved successful up until the 20th century. Sidewalk obstruction laws were implemented in the early 1900s and many of them were destroyed or melted down during the world wars for other purposes. Today, these figures are often seen as offensive or as perpetuating a hurtful stereotype. Even though they’ve fallen out of favor, some of the original pieces are sold for up to $500,000 and are considered folk art. Some cigar store Indians stand outside tobacco stores, so keep your eyes peeled the next time you go to buy a cigar. Or if you already have an impressive cigar collection, check out our handcrafted cigar humidors to keep your investment in top notch condition.

Preventing Tobacco Beetles in Your Humidor

Everything you might want to know how tobacco beetle infestations start, how to control them, and how to prevent future outbreaks in your humidor.

Interested in a place of your own to enjoy a good cigar? With planning, an indoor smoking room can become a reality and a cigar lover’s dream! 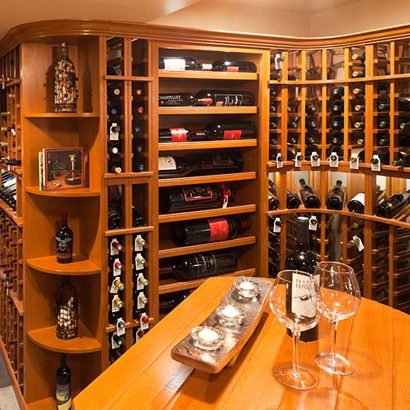